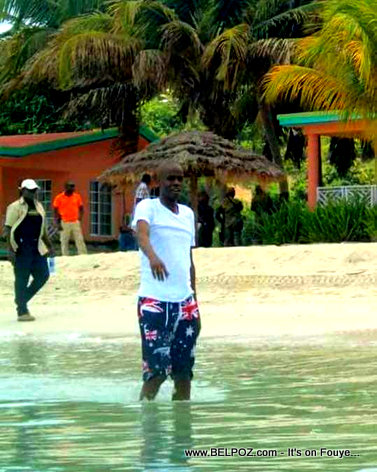 This photo of Haitian president Jovenel Moise at the beach had the critics buzzing. Can you guess why they were criticizing the president?

Mr President Jovenel Moise -- whom I assume is under a lot of stress these days -- decided to splash his feet in the blue ocean waters of Abaka Bay Beach Resort in Ile-a-Vache Haiti.

President jovenel was criticized for wearing beach shorts with The Union Jack in it... The Union Jack, or Union Flag, is the national flag of the United Kingdom.

Can a man get ever get break? Lè w prezidan w a konprann!

They are a bunch of ignorants. Give the President a break you...

They are a bunch of ignorants.

Give the President a break you stupid people.